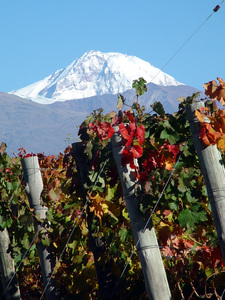 94 points - Tim Atkin
Described by Fernando Buscema as a 'classic vintage', 2017 produced some very good wines in Mendoza. This blend of Malbec with 33% Cabernet Sauvignon from Luján de Cuyo and the Uco Valley is typically fine and elegant, with subtle wood, graceful tannins and a lingering finish.

91 Points - Robert Parker's Wine Advocate
Approximately half of the volume of the 2017 Amancaya matured in oak barrels, and the other half was kept in concrete vats for one year. This comes from vineyards in Altamira, and the barrels used for the élevage are mostly in barriques produced by Lafite that have a very light toast, with the idea to preserve the aromatics of the wine and let it breath and provide structure in the élevage without interfering with the aromas. The oak is very nicely integrated and folded into the fruit, and the wine comes through as quite pure and fruit driven, with moderate ripeness and a harmonious palate. This was born as the classical second wine in a Bordeaux sense. This wine is sold in Argentina as Petit Caro.

What happens when two people, both focused on producing wine of the highest order but on different continents, get together and decide to make wine together? The idea of forming a partnership between Domaines Barons de Rothschild (Lafite) and the Catena family was first mooted in 1998. Initial enthusiasm quickly became a concrete plan to produce a single wine that would combine French and Argentine cultures and the two signature grapes of each producer, Malbec and Cabernet Sauvignon. The Catena family has produced wine for three generations. Consequently, it was able to draw on its vast knowledge of the high altitude terroirs of the Mendoza region as well as its passion for Malbec. DBR (Lafite) contributed its centuries-old skills in growing, vinifying and ageing great Cabernet Sauvignon, as well as its know-how in blending different grape varieties to produce one wine that is greater than the sum of its parts. Amancaya presents a harmonious balance between the Argentine and Bordeaux styles. A more fruity style coming from the higher percentage of Malbec and shorter ageing. The word AMANCAYA is the native Indian name of a flower of the Andes that you can find in the Mendoza area.