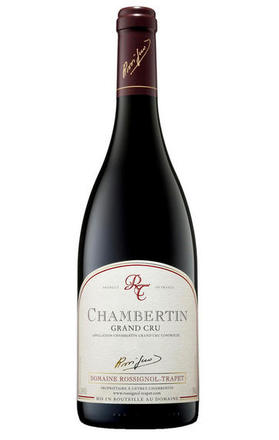 Allen Meadows - Burghound; Brothers David and Nicolas Rossignol run this 100% biodynamically farmed domaine. This year I met with both of the brothers who told me that 2013 presented them "with a very difficult growing season, particularly in the Côte de Beaune where we had extensive hail damage. [There will be no Savigny "Les Bas Liards" or Beaune "Les Mariages".] The vines suffered through a poor flowering which obviously limited yields considerably. In the end though the small yields were a blessing in disguise because without them the growing season was so poor that there is no way that the fruit could have become adequately ripe. We began harvesting on the 6th of October and we actually picked each vineyard twice. We went through the first time and took the very best bunches which we used for the whole cluster portion of the vinification. We then passed through a second time for the rest which generally required more sorting rigor and this fruit was destemmed. While it varied by wine the average whole cluster percentages ranged between 33 and 50%. We were surprised by how ripe the fruit was phenolically speaking because the potential alcohols were basically only average. The other big surprise was how much the wines changed before and after the malos. Before the malos we weren't entirely sure what we had on our hands but once they finished we're really quite happy with the quality. The wines are super fresh and refreshing with good underlying material. Moreover they're wonderfully transparent so those who enjoy studying the terroir characteristics of each wine should have plenty to interest them in 2013."

Allen Meadows - Burghound 92/100;
This is also quite restrained and only aggressive swirling coaxes the cool and elegant aromas of essence of red pinot, pomegranate, earth, floral and game hints from the glass. There is excellent power and punch to the broad-shouldered, intense and mineral-driven flavors that display plenty of soil tones that continue onto the powerful, serious and quite firmly structured but well-balanced and hugely long finale. This is old school Chambertin in style but without the rusticity.

The Burgondes arrived in the 5th Century and one of them called Bertin (Berht-in means the son of Berht) owned a field adjoining Clos de Bèze. The story goes that, following the example of his neighbours the monks from the Merovingian Abbey of Bèze, Bertin planted his field with the same grape variety. The wines were perfect and it wasn't long before the vineyards were named after its owner : the 'Champs de Bertin' (field of Bertin) and later becoming 'Chambertin'.

Domaine Rossignol-Trapet is lucky enough to possess parcels covering the entire slope (that is to say from the road to the woods). Consequently their Chambertin is situated in the heart of this terroir and is a perfect reflection of Chambertin. The vines have an average age of 55 years, planted between 1920 and 2002, and use exclusively pinot noir

Availability: We are unable to process an order for this wine online - please call 01275 434980 or email info@dbmwines.co.uk